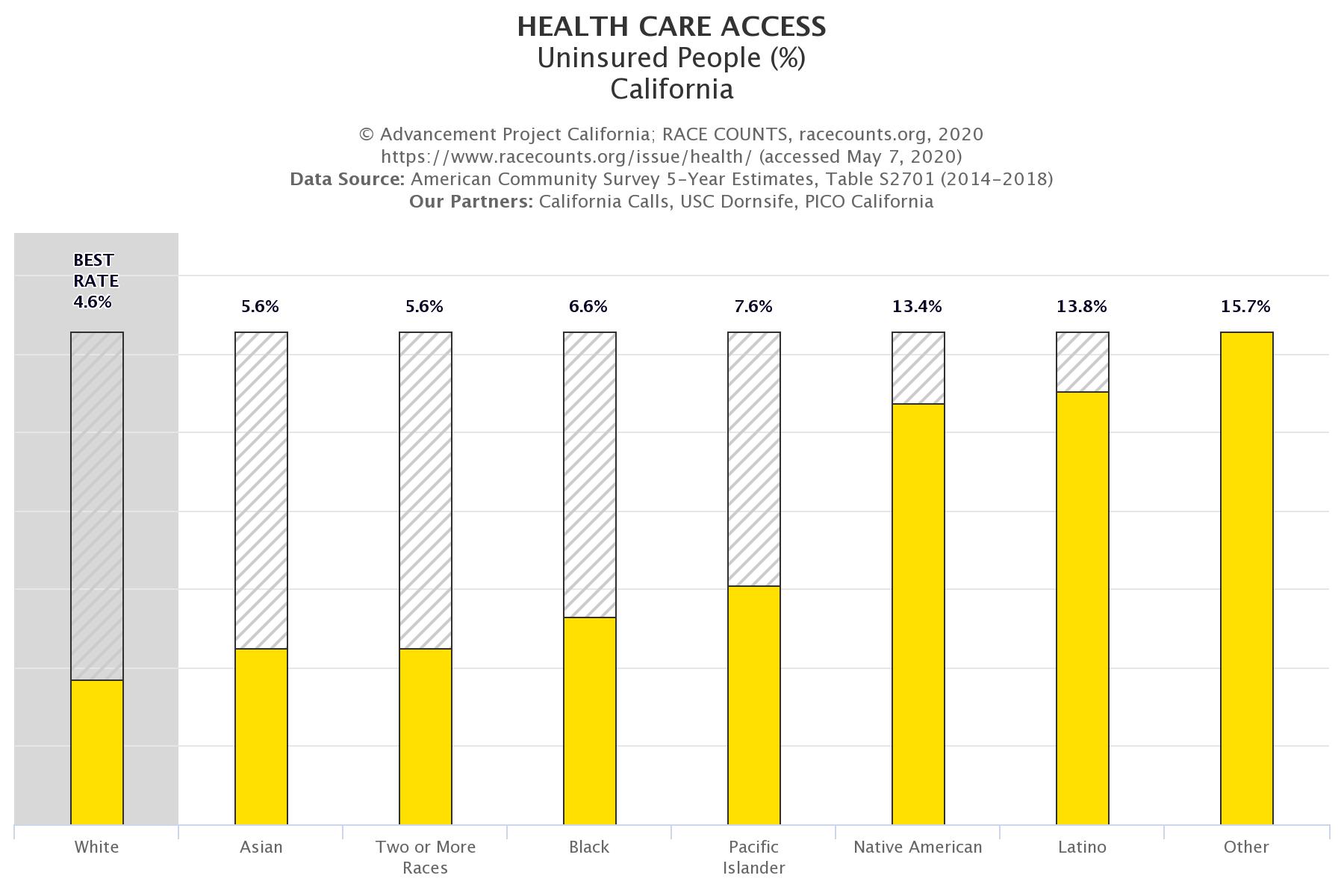 Updated statistics on health insurance status from the American Community Survey are now available on RACECOUNTS.org. From the years 2014-18, these estimates include civilian, non-institutionalized people who do not have health insurance. Overall, uninsured rates and numbers dropped dramatically compared to the 2010-14 estimates. Much of this is likely due to the Affordable Care Act that expanded Medicaid and has provided health insurance subsidies to many since 2014.

Performance: 8.5% of Californians reported a lack of health insurance between 2014 and 2018. Mono County had the highest uninsured rate with 16.6% of its population lacking health insurance.

Disparity: Statewide, Non-Latinx Whites have the lowest uninsured rate (4.6%) and Californians of other races the highest (15.7%), followed by Latinxs (13.8%) and American Indians and Alaska Natives (13.4%). Mono County reported the greatest disparities in insurance rates, with county non-Latinx Whites having a substantially lower uninsured rate (6.6%) than Latinxs (43.9%), and those of other races (52.7%).

Impact: The American Community Survey estimates that almost 3.3 million Californians did not have insurance between 2014 and 2018. Latinxs were numerically, the largest within that group: an estimated 2,074,709 Latinxs were uninsured. Click here for data.