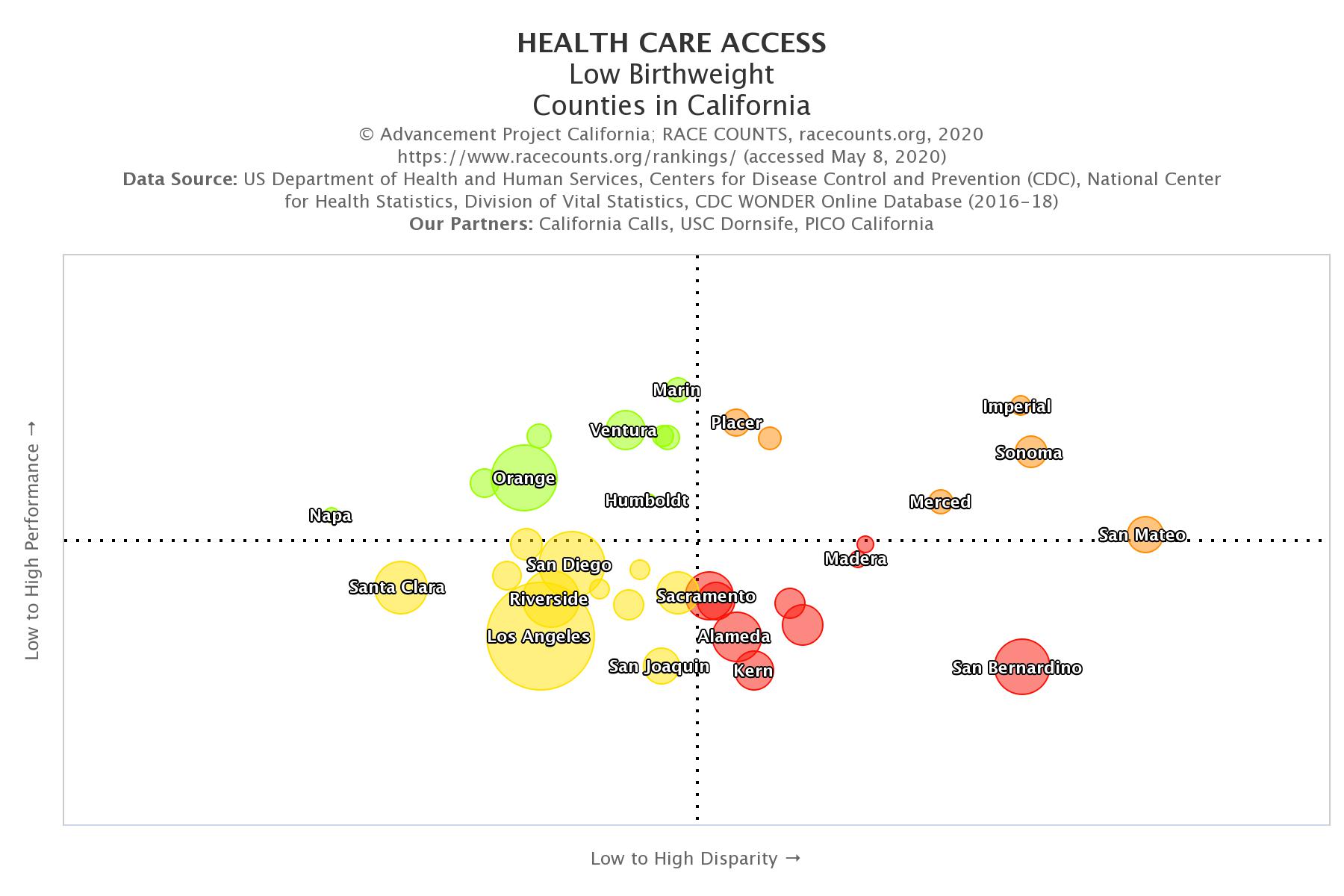 Statistics on low birthweight births from the Centers for Disease Control and Prevention WONDER database are now available on RaceCounts.org. These pooled estimates, from the years 2016-18, illustrate inequities that can have lifelong implications on a baby’s well-being.

Disparity: San Mateo County produced the most racially disparate outcomes for low birthweight births. 7.9% of babies born to Asian mothers had low birthweights, compared to 3.5% of births to Native Hawaiian or Pacific Islander mothers. Statewide, Black mothers and their babies bear the highest disparities, with more than one in ten babies born at low birthweight. This is roughly twice the rate for babies born to White mothers.

Impact: Between 2016-18, 97,672 babies were born at low birthweight in California. Babies born to Latina mothers make up 45% of those children. Click here for data.