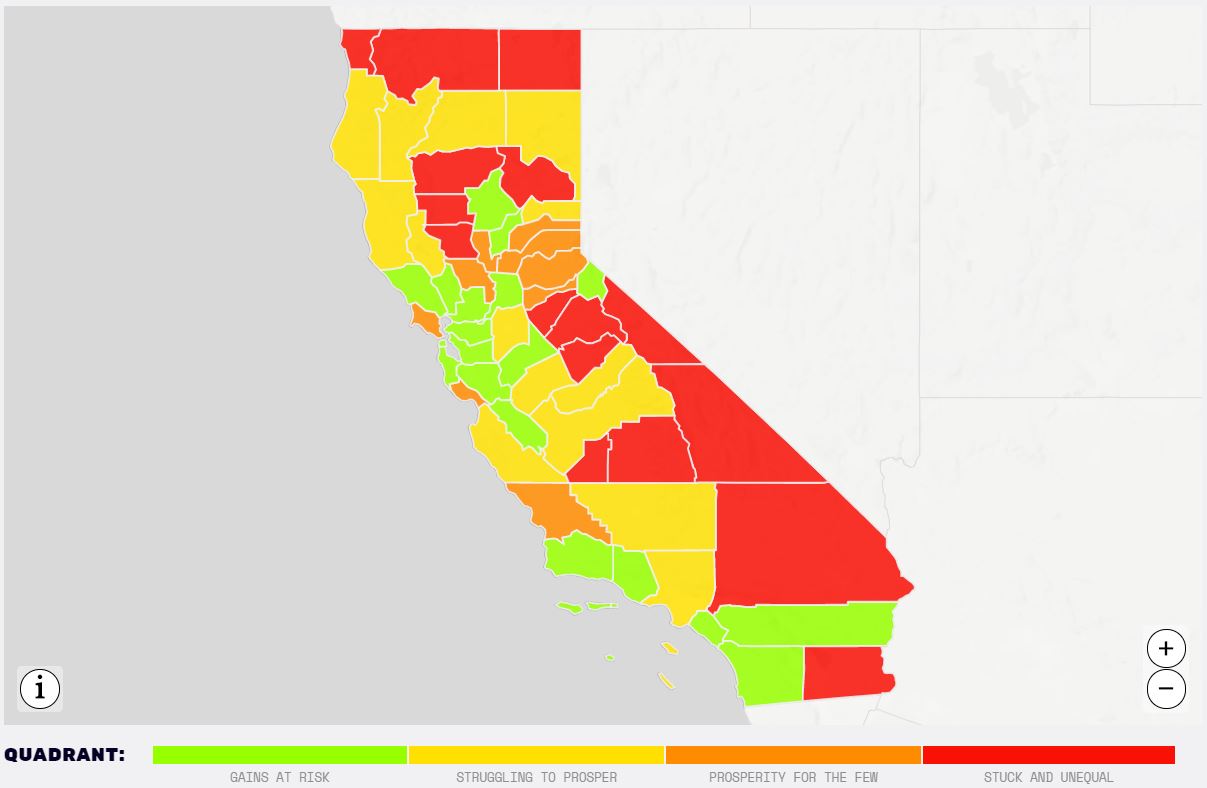 Updated statistics on internet access from the American Community Survey (2014-18) are now on RACECOUNTS.org. These data report individuals living in households with a computer who accessed the internet through a service such as a cable modem, DSL, and others. Blacks, Latinxs, and American Indian/Alaska Natives tend to have lower rates of internet access, which supports improved educational outcomes, health care access, access to employment opportunities and civic engagement.

Performance: Statewide, 87.3% of Californians had internet access between 2014-18. Those in Marin County were most likely to have access (92.9%).