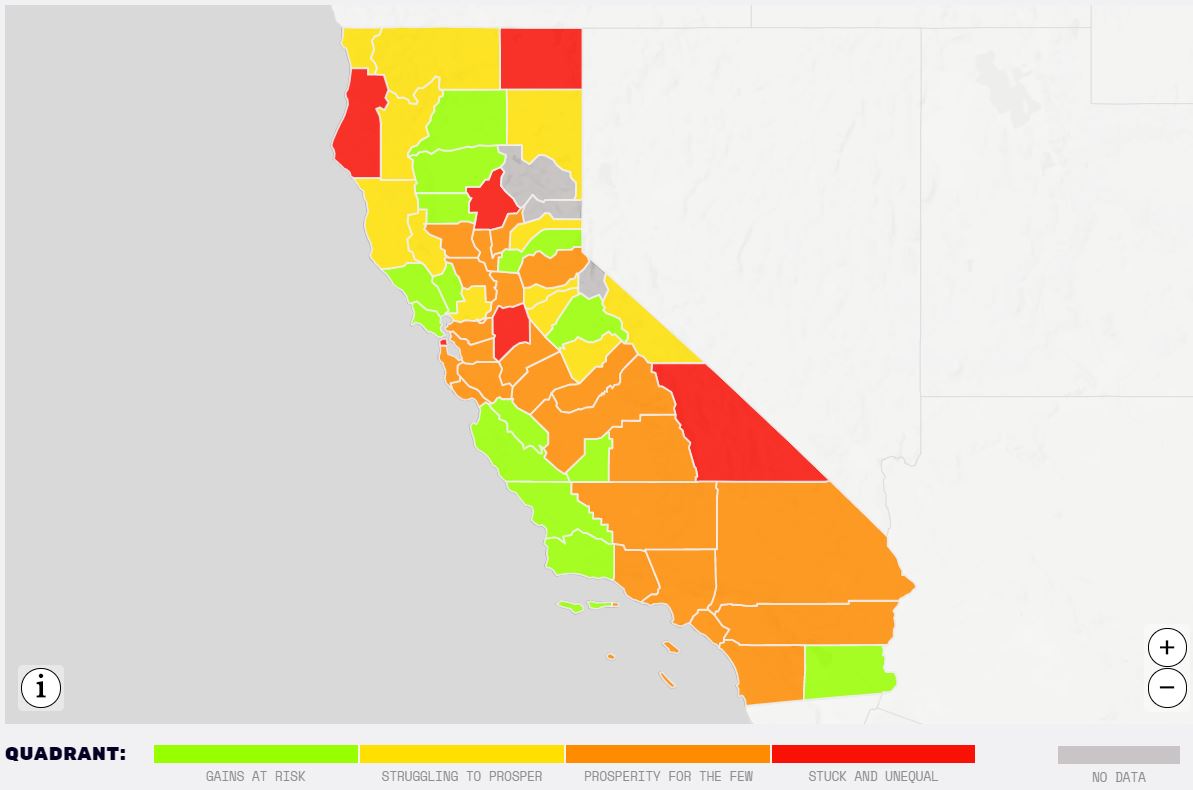 Chronic absenteeism (2017-18) statistics from the California Department of Education are now available on RaceCounts.org at county and state levels. A chronically absent student is absent on 10 percent or more of the school days in the school year. According to the Perris Elementary School District, when a student misses one day of school it takes approximately three days to catch up. Reducing California’s high chronic absenteeism rates is a priority in the Local Control and Accountability Plan (LCAP).

Disparity: San Francisco County school systems produced the most racially disparate chronic absenteeism outcomes among all counties in the state. There, 39.9% of Black and American Indian/Alaska Native students were chronically absent or 10 times more chronically absent than the best racial group.